Apple has been seeking to add geographic diversity to its supply chain for some time now, with a shift of some production of the AirPods lineup to Vietnam being one significant step for the company. 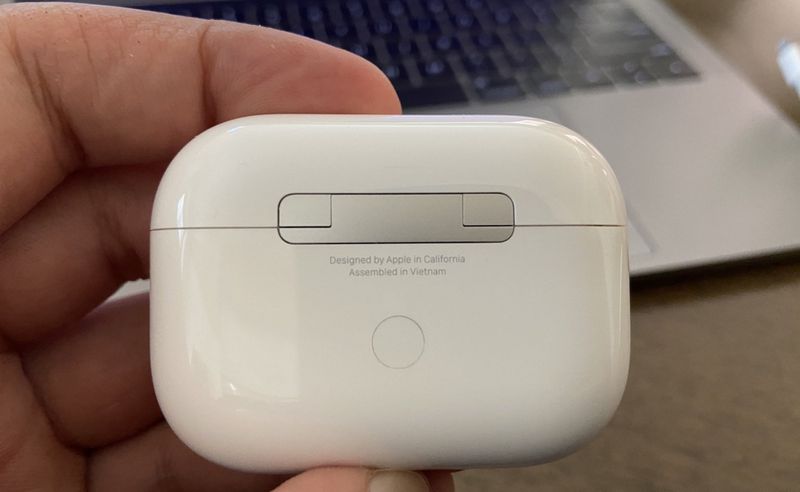 Photo via @alixrezax
Apple reportedly began trialing production of regular ‌AirPods‌ in Vietnam almost a year ago, and it was reported in December that Apple’s ‌AirPods‌ suppliers were looking to line up financing to expand production.

And just two weeks ago, Nikkei reported that mass production of regular ‌AirPods‌ in Vietnam had started in March.

“The mass production of ‌AirPods‌ in Vietnam started as early as in March,” a person familiar with the matter said. “The Vietnamese officials even granted special permits for a key Apple ‌AirPods‌ assembler to help the company bring in engineers to the country for smooth production during lockdowns.” Vietnam began easing some lockdown measures in late April.

At the time, Nikkei said that the production shift did “not yet include” the higher-end AirPods Pro, but it now appears that ‌AirPods Pro‌ production has indeed begun in Vietnam as several MacRumors readers including @alixrezax on Twitter and “rhyzome” in our forums have reported this week receiving their ‌AirPods Pro‌ with “Assembled in Vietnam” shown on the charging cases.

Vietnam has long been a hotbed for Apple’s audio accessory production, with even older models like wired EarPods having been produced in the country, and it looks like there’s no sign of a slowdown. In fact, a report earlier this week claimed that Apple’s over-ear “AirPods Studio” headphones will be partly produced in Vietnam from their debut for the first time, with shipments expected to begin in June or July.

Production of Apple products in Vietnam may also be expanding to the iPhone, as DigiTimes reported yesterday that Apple has asked its ‌iPhone‌ manufacturing partners to expand production in India and Vietnam. Key partner Foxconn already has significant assembly facilities in the country.