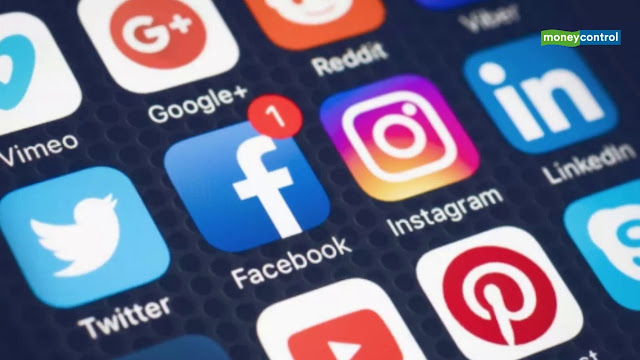 A change brought in line with the changes in the US and Europe, the Indian government has recently added a clause to the proposed IT intermediary guidelines, making social media companies responsible for all nonuser produced content including supported content, distributed on their platforms.

When the amended guidelines are made public, social media organizations will be required to accordingly and appropriately tag and identify all sponsored content published on their platforms and alongside it, draft standards, which are ‘under consideration’ of the law ministry, are expected to be notified in about a few weeks according to a senior government official “We have had a few rounds of discussions with the law ministry.

These guidelines should be notified by February-end, the start of March.”

Section 79-II of the Information Technology Act, 2000, right now absolves online intermediaries from obligation for any third party substance shared on their platform. In any case, with the new clause, the Act will give “safe harbor protection” to intermediaries, inasmuch as they just assume the job of a facilitator and not maker or modifier, in any way of the content posted. 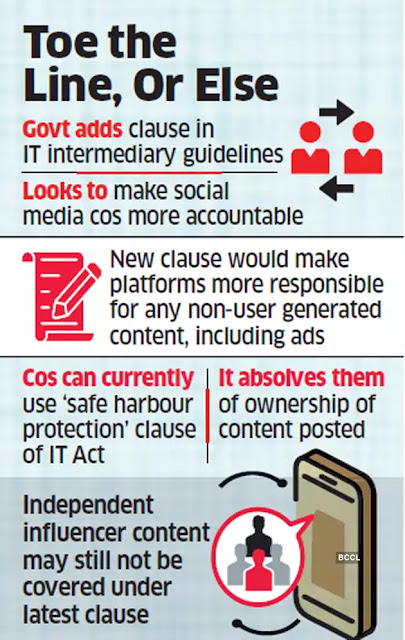 What expedited the change was an issue that occurred in the previous year a disagreement regarding content between social media platform TikTok and Twitter-sponsored ShareChat where the latter had to bring down more than 100 videos from its platform.

There is likewise no compulsion or onus on the influencers to highlight that the products and content they are supporting are paid for.

However, Government authorities said such content, produced by influencers without the contribution of the social media platforms, may in any case not be secured by the most recent clause. This clause will relate to just such non-user produced content in which the platform is in some way involved.