T-Mobile is launching a Memorial Day promotion that will see the company offering a free iPhone SE to customers who trade in an eligible older smartphone in good condition. 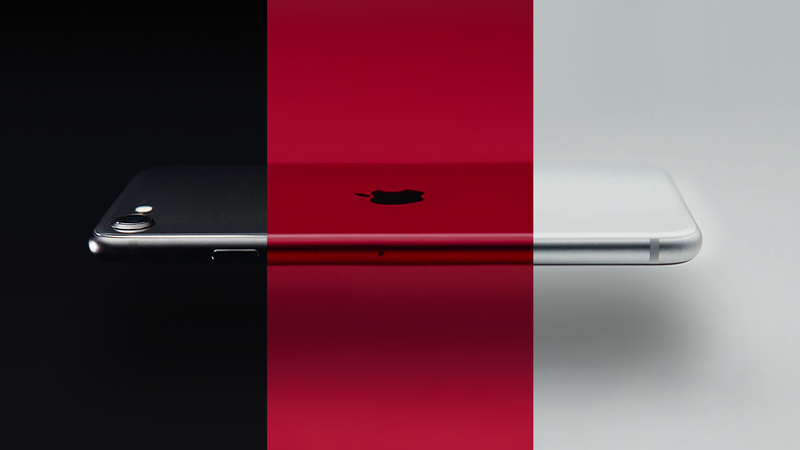 From Friday to Monday, customers who trade in an existing smartphone can get a free iPhone SE (sales tax still needs to be paid) or up to $500 off a Samsung Galaxy S20.

The free iPhone SE will be provided in the form of bill credits. An eligible smartphone trade-in is required, as is a T-Mobile or Sprint postpaid plan (switching to a plan is allowed).

“The way the Un-carrier says THANK YOU is, of course, by putting money back in your pocket — like with an iPhone on us or half off one of the latest 5G superphones,” said Sievert. “This weekend, every T-Mobile and Sprint postpaid customer can get a new iPhone SE on us, or half off another brand-new phone, with eligible trade-in. Why? Because ‘thank you’ — that’s why!”

As outlined by TmoNews, eligible smartphones and their discounts are as follows:

The iPhone SE deal will be live tomorrow, May 22, and it will be available through May 25. Customers can get the deal online or by visiting a T-Mobile or Sprint store.

T-Mobile today also said that it is planning to provide free service and 5G access to first responder agencies, which includes all public and non-profit state and local fire, police, and EMS departments.

Following its merger with Sprint, T-Mobile is aiming to unify its brand and will start phasing out Sprint branding this summer, T-Mobile CEO Mike Sievert said at an investor event earlier this week (via Fierce Wireless).

Retail stores will be T-Mobile branded with Sprint’s name removed, and the Sprint branding will also be removed from things like customer bills.

Sievert said that T-Mobile had always been aiming for a summer timeframe for the phase out of the Sprint branding and the unification of the new T-Mobile, and mid-summer is when the company plans to be “advertising one flagship postpaid T-Mobile brand as well as operating a unified fleet of retail.”

Existing Sprint customers will be able to keep their current plans and won’t need to swap over to T-Mobile’s plans, but new customers will likely need to sign up for T-Mobile plans rather than Sprint plans as the Sprint brand is consumed by the new combined company.

T-Mobile has not announced a specific date for the transition, just later in the summer. T-Mobile had initially planned to begin implementing the changes in early summer, but postponed due to the global health crisis.

As The Verge points out, T-Mobile and Sprint have a long way to go to fully combine their networks, and some problems have already emerged. Sprint and T-Mobile have started combining their 5G networks, and unfortunately, Sprint’s existing customers with 5G smartphones can’t use them on the new T-Mobile network.

The merger between T-Mobile and Sprint in the United States was completed at the beginning of April, and the two companies are wasting no time combining their networks.


With the addition, T-Mobile users in New York will be the first to be able to access low-band, mid-band, and mmWave 5G. Later this month, current Sprint customers who have a Samsung Galaxy S20 5G smartphone will be able to tap into T-Mobile’s 5G network in 5,000 cities and towns across the United States.

This marks the first giant step toward supercharging the Un-carrier’s nationwide 5G network by beginning to combine the assets of T-Mobile and Sprint, just weeks after completing their merger. The company’s unique combination of low, mid and high-band mmWave spectrum makes T-Mobile the only company with the resources to create a transformative network capable of driving innovation across the country and providing people in cities and rural areas with a 5G network the other guys can’t match.

As of now, Sprint customers can roam on the T-Mobile network, providing access to more than double the number of LTE sites than on Sprint’s network alone, expanding cellular availability to everywhere T-Mobile’s network covers.

T-Mobile today announced that it has completed its merger with Sprint, with the merged company to operate under the T-Mobile brand. Effective immediately, T-Mobile’s former COO Mike Sievert will assume the role of CEO, with John Legere stepping down.

The “new” T-Mobile has committed to delivering the same or better rate plans for at least three years, including access to 5G. Rate plans are not changing today.

For now, the merged company says all customers will stay with the same Sprint and T-Mobile network, stores, and service they have been using. Over time, Sprint assets will simply begin to be rebranded as T-Mobile.