Some people think that becoming a streamer is easy—that once you’ve got your gear all set up, you just go live and you’ll attract viewers and followers organically. Unfortunately, that no longer is the case in the competitive environment of live streaming today. 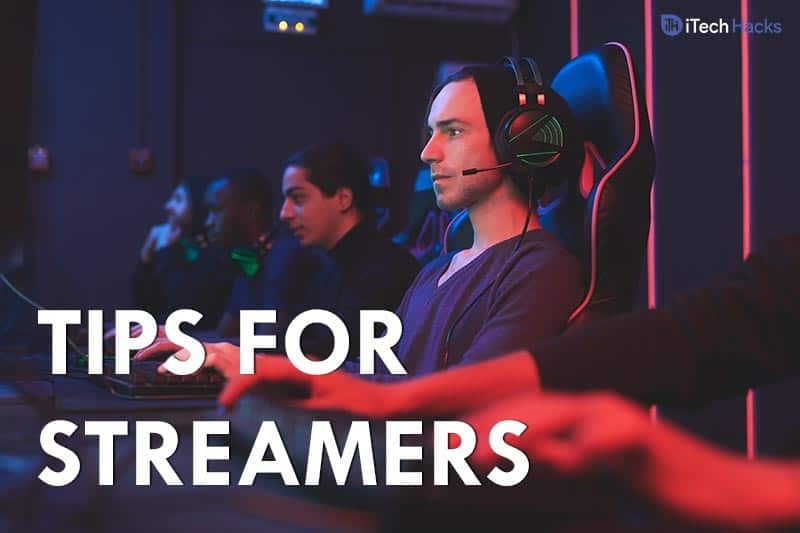 There are literally thousands of other streamers out there, many of whom are probably doing the same thing you are. Standing out is essential to gaining views and creating an online community, but how are you supposed to do it? In this guide, we hope to provide the answers. Read on for our 5 streamer tips on how to attract an audience, build rapport, and create a strong online community for your channel:

Go where your audience is.

The popularity of online live streaming both as an actor and as video content means that there are hundreds of streaming platforms to choose from. Most of the popular social media apps such as Facebook, Instagram, and YouTube have the functionality to go live baked right in; Twitter has a companion live-streaming app called Periscope as well.

Some streaming platforms are content- or area-specific: for example, Twitch is one of the most popular live streaming services worldwide, but the content there skews heavily towards video game live streaming. Live streaming is huge in China, primarily on platforms exclusive to them such as Douyu, Huya, and Yizhibo, among many others. There’s AfreecaTV in South Korea, niconico in Japan, and the Bigo app in Southeast Asia.

To paraphrase a well-known idiom, you shouldn’t sell ice to Eskimos. To build an online community successfully, you’ll want to take your content to an audience that wants to watch it. That’s why choosing the right streaming platform is crucial.

Attracting viewers is really the first step to any kind of success as a streamer. Without viewers, there’s no one to create a community out of.

You can attract more viewers by setting yourself apart from the others in your category. The easiest way to do this by far is to improve the viewing experience for your audience. Investing in a good camera, an external microphone, and some decent lighting can go a long way towards improving the quality of your stream.

A high-speed internet connection that allows you to broadcast at a higher resolution will prevent the output image from being blurry or pixelated for your viewers.

Most well-known streamers stick to a consistent streaming schedule, and for good reason. Having a schedule and sticking to it is the best way to turn an audience of casual viewers into regulars. When people know when to expect you, they’ll make time for you. Conversely, unless someone is a diehard fan of yours, they most likely won’t drop whatever they’re doing to watch your stream whenever you want to.

It also ultimately shows that you’re a considerate streamer. You don’t disrupt your viewer’s day with surprise streams, and they can give you their full attention at an agreed-upon time. Post your streaming schedule where your viewers can see it, and remind them when you plan on going life next before ending each stream.

It’s a well-known fact in the world of streaming—or any kind of content production, really—that most viewers won’t take the initiative to interact with the streamer first. In fact, many of them won’t engage at all.

Obviously, an audience of lurkers is not a community. The responsibility of engaging your audience and creating that sense of community inevitably falls on you. You’ll want to be proactive about introducing yourself, as well as in greeting new viewers and thanking them for whatever contributions they make towards your channel.

Don’t be afraid to mess up pronouncing their usernames; most viewers are happy just to be given a shout-out. Learn how to ask your audience questions and pay attention to their answers. Create conversations, recognize your regulars, and soon enough you’ll have a loyal audience that you’ll be proud to call your community.

Another effective way of attracting viewers to your stream is by being savvy with social media. In addition to your streaming channel, you should also be available on the big social networking sites such as Facebook and Twitter. There, you can announce upcoming streams, post your streaming schedule, and further interact with your community.

Most people come to watch live streams for the content but stay for the personality producing it. It’ll be hard work, but as long as you have fun and stay positive, all of that effort will pay off in the end. Don’t ever rest on your laurels and endeavor to constantly improve your stream for your viewers. Soon, you’ll have a core community of regulars that you’ll also be happy to call your friends!