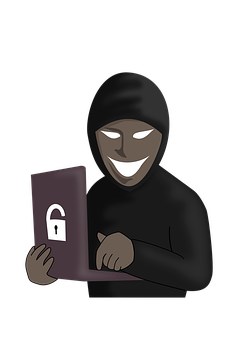 Earlier this year Cisco was in the headlines for the Zero-day vulnerabilities that were discovered in several of its devices including IP Phones, routers, cameras and switches.

The vulnerabilities that were quite exploitable were found in the Cisco Discovery Protocol (CDP), which is a layer 2 network protocol so that any discrepancies of the devices could be tracked.

Now again, Cisco has been found to be more unreliable than ever. Only this time the researchers learnt about numerous severe security vulnerabilities.

These susceptibilities could let the attackers or hackers execute “arbitrary commands” with the supposed “consent” of the user. Per sources, the affected Cisco parts this time happen to be the software, namely the Cisco UCS Manager Software, Cisco NX-OS Software and Cisco FXOS Software.

Reports reveal that the vulnerability in the Cisco FXOS and NX-OS Software admits unauthorized “adjacent” attackers into the system and lets them execute arbitrary code in order to achieve the “DoS”. (Denial of Service)

The reason for this vulnerability rises from the absence of “input validation”. The misuse of this makes it way easy for attackers to execute the arbitrary code making use of the user’s authority (which they don’t even know about) who’s logged in, per sources.

The other vulnerabilities in the Cisco FXOS and UCS Software include allowing unauthenticated local attackers to execute arbitrary commands.

A hacker could also try to send specially structures “arguments” to certain commands. This exploit if successful could grant admittance to the hacker to not only enter but also execute arbitrary commands.

All the exploitable loopholes of the Cisco software are really dangerous and critical in all the possible terms. Cisco has been in the limelight for more times than that could be overlooked. It is up to the users now to be well stacked with respect to security mechanisms.

However, understanding the seriousness of the vulnerabilities in the software, Cisco has indeed released various security updates that work for all the vulnerable software, in its Software Security Advisory.

The users are advised to get on top of the updates as soon as possible.