Multiple iPhone and iPad users are seeing their apps crashing at launch as of this afternoon, and the issue appears to be caused by a faulty Facebook SDK that the apps are using.
There are multiple complaints about apps crashing continually on iOS devices on the MacRumors forums, and a wide range of apps appear to be impacted. Google’s Waze app, for example, won’t launch, and there have been …

Since iPadOS 13 was released last year, Apple has included native suppport for opening two or more windows in the same application to view them side by side.

Since then, more and more third-party apps have been building in multi-window support, and now Microsoft is beta testing its own versions for Word and PowerPoint on iPad. 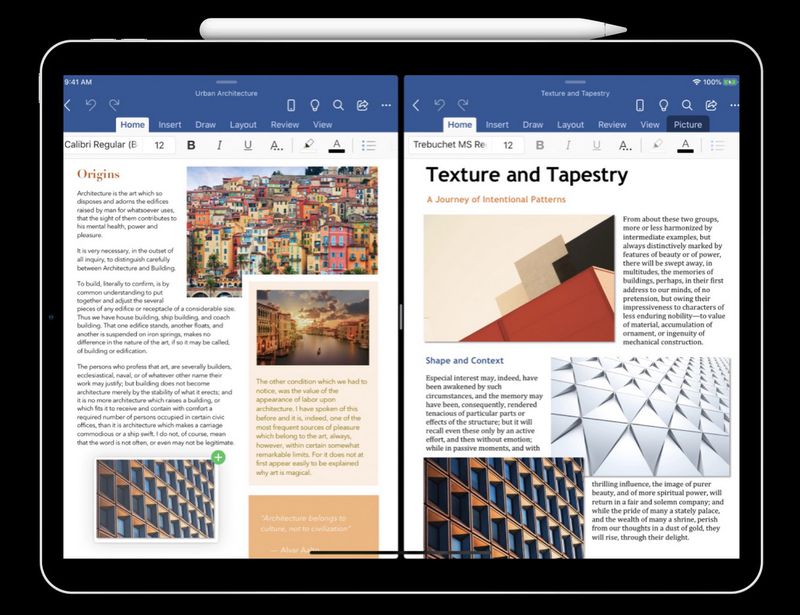 The ability to display two documents next to each other is particularly useful for comparing two versions of the same document or keeping an eye on your reference notes while working. Similarly, PowerPoint support would let users cross-reference presentation slides on the same screen.

In a blog post, Microsoft details three ways to access multi-window support in Word and PowerPoint for ‌iPad‌:

Microsoft hasn’t said when the multi-window support will be available to all users, but it surely can’t be long now, given that the same feature was demoed at WWDC 2019 for Microsoft Word.

Anyone interested in trying out the new feature will need to join the Office Insider program and download beta versions of Word and PowerPoint through Testflight.