Apple is facing another European antitrust complaint, this time over its 30 percent cut on ebooks in the App Store. The complaint was made to the European Commission by Rakuten’s Kobo subsidiary, which alleges that Apple’s commission rate is anti-competitive when it also promotes its own Apple Books service. 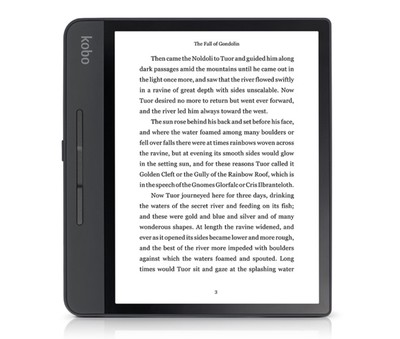 According to a Financial Times report, Kobo argues that having to pay Apple 30 percent commission on each ebook that it sells through the ‌App Store‌ via the Kobo app makes it next to impossible to turn a profit, whereas Apple’s own Bookstore means it doesn’t have to take an equivalent revenue cut.

The complaint is similar to one that Spotify filed with the EC in March 2019. Spotify specifically took issue with Apple’s 30 percent fee collected on ‌‌App Store‌‌ purchases, which has forced Spotify to charge subscribers through the ‌‌App Store‌‌ $12.99 per month for its Premium plan instead of the $9.99 per month fee it normally collects.

Spotify argued that the iPhone maker enforced ‌‌App Store‌‌ rules that “purposely limit choice and stifle innovation at the expense of the user experience.”

Apple swiftly hit back at the accusation, labeling it as “misleading rhetoric” and arguing that “Spotify wants all the benefits of a free app without being free.” Spotify’s antitrust complaint is still under investigation.

The EU can force companies to change business practices they deem unlawful and levy fines of up to 10 per cent of a company’s global turnover. However, investigations by the European Commission can take years to resolve unless the companies involved offer to settle the probes by making legally binding agreements to change their behavior.