In a bid to reduce its reliance on China as a base for operations, Apple could be planning to produce up to $40 billion worth of smartphones in India through contract manufacturers Wistron and Foxconn, reports The Indian Economic Times.

Several meetings between Apple’s senior executives and top ranking government officials over the last few months have paved the way for the iPhone maker examining the possibility of shifting nearly a fifth of its production capacity from China to India and scaling up its local manufacturing revenues, through its contract manufacturers, to around $40 billion over the next five years, say officials familiar with the matter.

A senior government official told ET the decision is being linked to India’s production-linked incentive (PLI) scheme, which was introduced to boost local manufacturing of electrical products, particularly smartphones.

A company must manufacture at least $10 billion worth of mobile phones in a phased manner between 2020 and 2025 to benefit from the PLI scheme and are required to meet target on a yearly basis.

Currently, Apple sells $1.5 billion of phones in India, but less than $0.5 billion of those are locally manufactured. In contrast, in 2018-2019 Apple produced $220 billion worth of products in China.

According to ET, government officials are willing to look into concerns that Apple hs with the PLI scheme, including how it values plant and machinery already in use in China, and the extent of the business information required under the scheme.

A nationwide class action lawsuit filed against Apple in Northern California court this week accuses the company of knowingly concealing a defect with a display-related flex cable on recent 13-inch and 15-inch MacBook Pro models.
As discovered by repair website iFixit last year, some MacBook Pro models released in 2016 and 2017 have experienced issues with uneven backlighting caused by a…

Multiple rumors have indicated that Apple is working on a refreshed version of the Apple TV, and today, leaker Jon Prosser said that an updated 4K Apple TV model is “ready to ship.”
According to Prosser, the Apple TV 4K will feature an A12X chip and 64 or 128GB storage options. The new Apple TV 4K could “drop any time,” but Prosser does not know details on a specific launch date.
Signs of …

Deals: Apple Watch Series 5 Models Discounted by Up to $100 on Amazon

Amazon is taking up to $100 off the Apple Watch Series 5 this week, with prices starting at $299.99 for the 40mm GPS models. Only the Gold Aluminum Case with Pink Sport Band is available at this price. If you order today, the Apple Watch should arrive sometime next week.
Note: MacRumors is an affiliate partner with Amazon. When you click a link and make a purchase, we may receive a small…

This week saw a couple of big announcements, led by the launch of an update for the 13-inch MacBook Pro line. Most notably, the update brought the improved Magic Keyboard previously introduced on its 16-inch sibling and the MacBook Air, with high-end models also receiving updated processors.
Subscribe to the MacRumors YouTube channel for more videos. The second significant announcement this…

iFixit hasn’t yet done a full teardown of the new Magic Keyboard designed for the new iPad Pro models, but the repair site today partnered with x-ray company Creative Electron to create Magic Keyboard x-rays that give us a view of just what’s inside.
The Magic Keyboard uses scissor switch keys instead of butterfly keys, which have now been effectively eliminated from Apple’s product lineup….

Apple’s plan to release an updated version of AirPods later this year has been delayed due to the global health crisis, according to the Nikkei Asian Review.
This lines up with a recent report from analyst Ming-Chi Kuo, who said that mass production of third-generation AirPods will begin in the first half of 2021, followed by mass production of second-generation AirPods Pro between the…

iPhone 12 Pro may contain a 120Hz ProMotion Display, a 3x rear camera zoom, and improved Face ID, according to unreliable leaker Max Weinbach, who shared his information with YouTube channel EverythingApplePro.
Weinbach suggests that iPhone 12 Pro, rumored to come in 6.1-inch and 6.7-inch sizes, will feature a high refresh-rate 120Hz ProMotion display, as currently seen on iPad Pro. The new…

After announcing back in late January that the HomePod would be coming soon to India, the company today began sending out emails to customers letting them know that the Siri-powered smart speaker is now available. 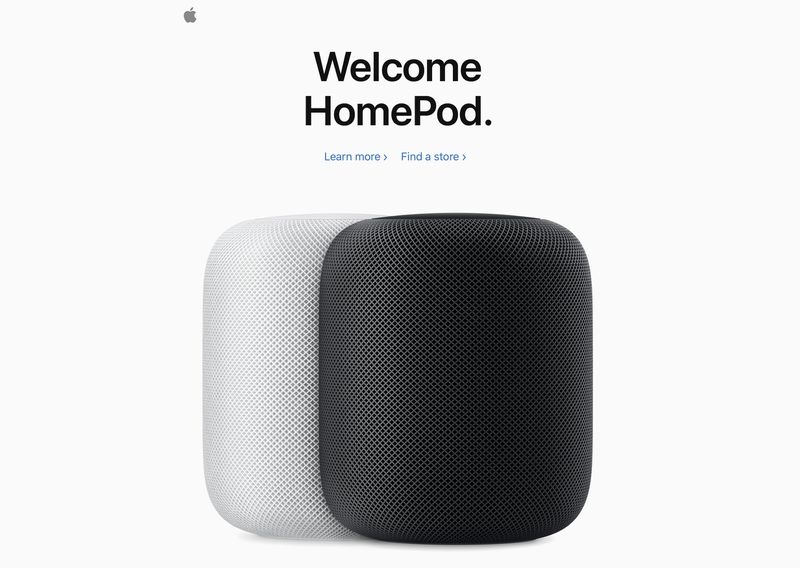 Apple’s HomePod page in India now has a “Buy” button, although with the company not yet operating its own online storefront in the country, the button redirects to a search tool for local and online resellers. We’re not yet seeing ‌HomePod‌ stock at major retail partners Amazon.in, Flipkart, and Paytm, but presumably listings should be popping up shortly.

‌HomePod‌ is priced at ₹19,900 in India, which is equivalent to about $263 in the United States. That is roughly 10 percent below the normal $299 price in Apple’s home country, although we have been seeing some deals as low as $199 in recent weeks.

Siri support for an Indian localization of English was added to the ‌HomePod‌ with software version 13.3.1 back in late January.

iFixit has published its full teardown of the new iPhone SE, confirming that the device has many similar or identical components as the iPhone 8, including the display, battery, cameras, Taptic Engine, SIM tray, and more.
The new iPhone SE appears to have the same 12-megapixel rear camera sensor as the iPhone 8, with the benefit of the A13 chip’s improved image signal processor, as Rene… 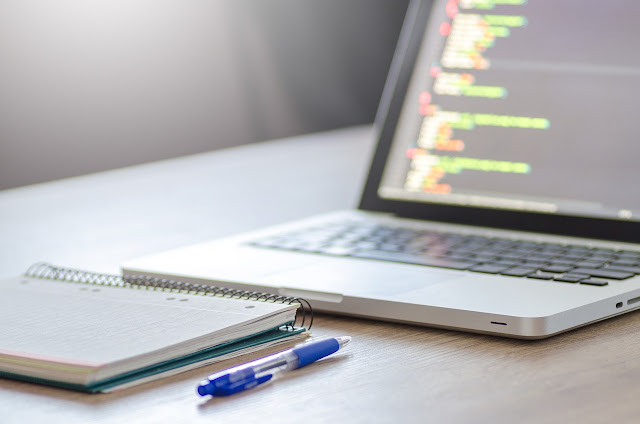 A boutique Indian cyber security firm (a proprietorship) just went through a nightmarish experience with an MNC when it sought to secure a Code Signing Certificate (CSC). The MNC simply refused to recognise several valid documents issued by the Government of India.

The Indian firm has a GST registration, a MSME registration and has over the last few years continuously offered protection against cyber security threats to over a dozen blue chip firms in the Banking & Financial Services Sector. Most of the firm’s business is repeat business on an annual subscription model.

The firm wrote a small executable which can dig into viruses on hard disks and wanted a secure a code signing certificate in this connection.

The first code signing vendor said that they can only issue a certificate to a company incorporated with the Ministry of Company Affairs and thus rejected the application. Fortunately, no application fee has been paid and the matter ended there.

A second vendor was approached, an application was filed on a website and a fee of approximately US $ 200 paid. Then the nightmare started. The firm received a verification email seeking to know if it were a private limited company. It said that it was a proprietorship, with a GST and MSME registration, and even offered to show the Purchase Orders (POs) from clients in order to prove its legitimacy. However, the vendor was firm and said that it could only issue a certificate to a Private Limited firm. When a refund was sought, there was no reply.

The vendor then said that GST and MSME registrations were not acceptable and sought alternative verification. This involved securing a landline, a certification from the firm’s CA about its existence as a registered and genuine entity, CA’s certification of physical location at the same place as the landline, Aadhar card photocopy (front and back), and also a selfie with the front and back display of the Aadhar card. Further, the firm’s representative was required to be at the landline location to receive a call which proved to be a complication because of the lockdown. Finally, the CA himself had to go through a verification process. 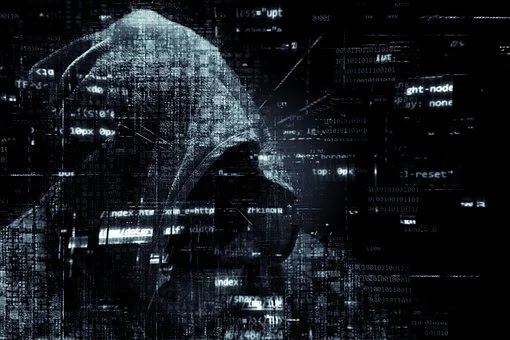 Dear social media mongers, amidst all the talk about the Coronavirus and keeping your body’s health in check, your digital safety needs kicking up a notch too.

Because, pretty recently, security researchers discovered, what is being called as a “Stalkerware”, which stalks your activities over various social platforms like WhatsApp, Instagram, Gmail, Facebook, and others.

‘MonitorMinor’, per the sources, is definitely the most formidable one in its line.

Stalkerware are “monitoring software” or ‘Spyware’ that are employed either by people with serious trust issues or officials who need to spy for legitimate reasons.

Via this extremely creepy spyware kind, gathering information like the target’s ‘Geographical location’ and Messaging and call data is a cakewalk. Geo-fencing is another spent feature of it.

This particular stalkerware is hitting the headlines this hard because, MonitorMinor has the competence to spy on ‘Communication channels’, like most of our beloved messaging applications.

The discoverers of this stalkerware issued a report in which they mentioned that in a “clean” Android system, direct communication between applications is blocked by the “Sandbox” to kill the possibilities of the likes of this spyware gaining access to any social media platform’s data. This is because of the model called “Discretionary Access Control” (DAC).

Per sources, the author of the stalkerware in question manipulates the “SuperUser-type app” (SU utility) (if present) allowing them root-access to the system.

The presence of the SU utility makes all the difference for the worse. Because owing to it and its manipulation, MonitorMinor gains root access to the system.

From lock patterns to passwords, MonitorMinor has the power to dig out files that exist in the system as ‘data’. And it obviously can use them to unlock devices. This happens to be the first stalkerware to be able to do so, mention sources.

Per reports, the procedure is such that the “persistence mechanism” as a result of the malware manipulates the root access. The stalkerware then reverts the system section to read/write from the initial read-only mode, copies itself on it, deletes itself from the user section, and conveniently goes back to read-only mode again.

Reports mention that even without the root access, MonitorMinor can do a consequential amount of harm to targets. It can control events in apps by manipulating the “Accessibility Services”. A “keylogger” is also effected via the API to permit forwarding of contents.
Unfortunately, victims can’t do much to eradicate the stalkerware form their systems, yet.

The security researchers released a report by the contents of which, it was clear that the installation rate of it was the maximum in India, closely followed by Mexico and then Germany, Saudi Arabia, and the UK.

The researchers also per reports have reasons to believe that possibly the MonitorMinor might have been developed by an Indian because they allegedly found a ‘Gmail account with an Indian name’ in the body of MonitorMinor.