Earlier this week we reported on a bug in Apple’s macOS Image Capture app that adds empty data to photos when imported from iOS devices, potentially eating up gigabytes of disk storage needlessly. Today, we’re hearing that the bug in macOS 10.14.6 and later is a lot more extensive than was initially believed. 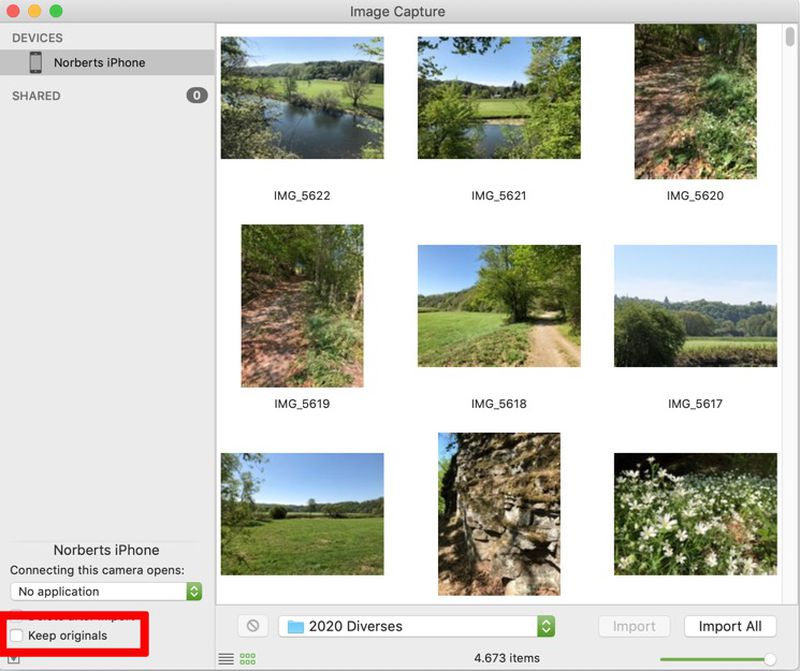 The reason is said to be because the bug is located inside Apple’s ImageCaptureCore framework, which is a part of macOS that all developers must use to connect to digital cameras. The only app that isn’t affected is said to be Apple’s Photos app, which uses other undocumented APIs to talk to iOS devices.

Essentially, the pervasive Mac bug causes HEIC files imported from iOS devices and converted to JPG to contain more than 1.5MB of empty data appended to the end of each file, increasing the file size and eating up storage exponentially. As an example, Doerner said he discovered more than 12,000 JPG files in his own photo library containing this extra unwanted data, resulting in over 20GB of wasted disk space.

Hex data of a JPG file viewed using Hex Fiend
Apple is apparently aware of the bug, but until a patch arrives, one short term workaround for future transfers is to prevent your iPhone or iPad from using the HEIF format when taking photos: To do so, launch the Settings app, select Camera -> Formats and check Most Compatible.

For users with large existing photo libraries, Doerner has suggested using a new beta version of the third-party utility Graphic Converter, which includes an option to remove the unwanted empty data from the JPEG files.

Alternatively, media asset management app NeoFinder is itself being updated on Monday to include a tool that can find and eliminate the unwanted data in JPG files. NeoFinder for Mac costs $39.99 and a free trial is available to download on the developers’ website.

A bug has been discovered in Apple’s macOS Image Capture app that needlessly eats up potentially gigabytes of storage space when transferring photos from an iPhone or iPad to a Mac.

This process happens when users uncheck the “Keep Originals” option in Image Capture’s settings, which converts the HEIC files to JPG when copied to Mac. However, the app also inexplicably adds 1.5MBs of empty data to every single file in the process.

“Of course, this is a colossal waste of space,” said the NeoFinder team, “especially considering that Apple is seriously still selling new Macs with a ridiculously tiny 128 GB internal SSD. Such a small disk is quickly filled with totally wasted empty data.

“With just 1000 photos, for example, this bug eats 1.5 GB off your precious and very expensive SSD disk space.”

NeoFinder’s developers say they discovered the bug by “pure chance” when working on improving the metadata capabilities of NeoFinder using a hex editor, and provided an example shot of what the end of individual JPG files look like in hex, post-transfer.

Hex data of a JPG file viewed using Hex Fiend
MacRumors was also able to replicate the issue in macOS 10.14.6 and later using an online hex editor. It’s worth noting that the bug only occurs when transferring photos from Apple devices, not when importing photos from digital cameras using Image Capture.

NeoFinder’s team says it has notified Apple of the bug, and the developers suggest anyone plagued by the issue can try using a new beta version of the third-party utility Graphic Converter, which includes an option to remove the unwanted empty data from the JPEG files.