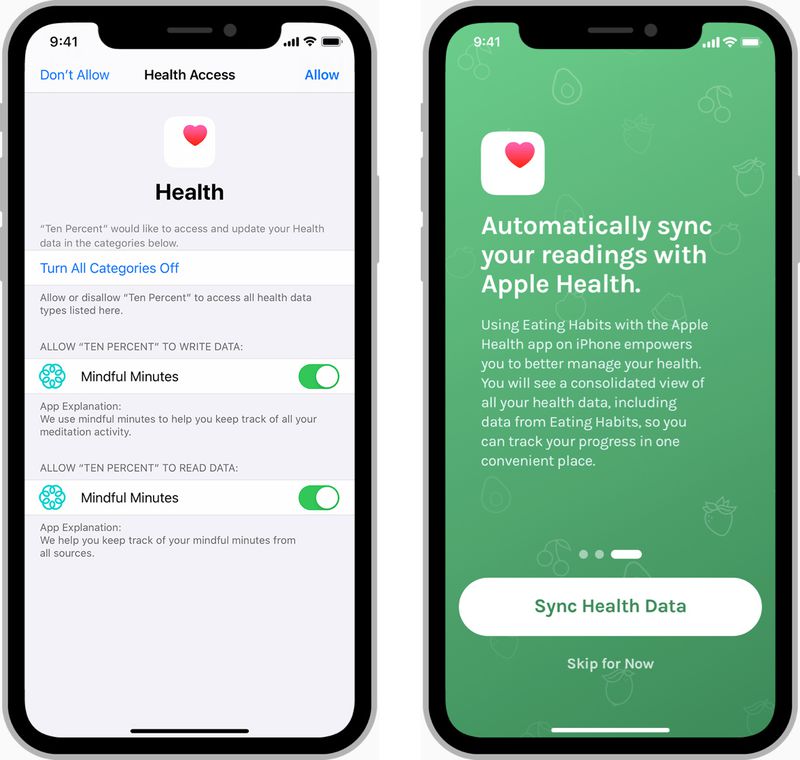 HealthKit is the SDK that allows developers to create integrations with the Apple Health app for health and fitness-focused apps, allowing data collected by the app to show up in the Health app, where it can be aggregated with health data from other apps. Apps are also allowed to access relevant data from the Health app.

Developers are now able to use the Apple Health icon to promote their apps, and unsurprisingly, Apple has a list of specific guidelines for developers who want to use the icon.

Only the Apple-provided guideline can be used, no alterations are allowed, the name Apple Health must be close to the icon, and the icon can’t be used as a button. HealthKit integrations should be referred to Apple Health with no outward mention of the HealthKit APIs.

Apple has also created a “Works with Apple Health” badge to allow developers to promote HealthKit-enabled apps on websites.

Apple’s complete Human Interface Guidelines for HealthKit can be found on the developer website.