In its latest update to Google Drive for iPhone and iPad, Google has added a new Privacy Screen feature that lets users enable Face ID or passcode authentication whenever the app is opened on their device, irrespective of the system’s global security settings. 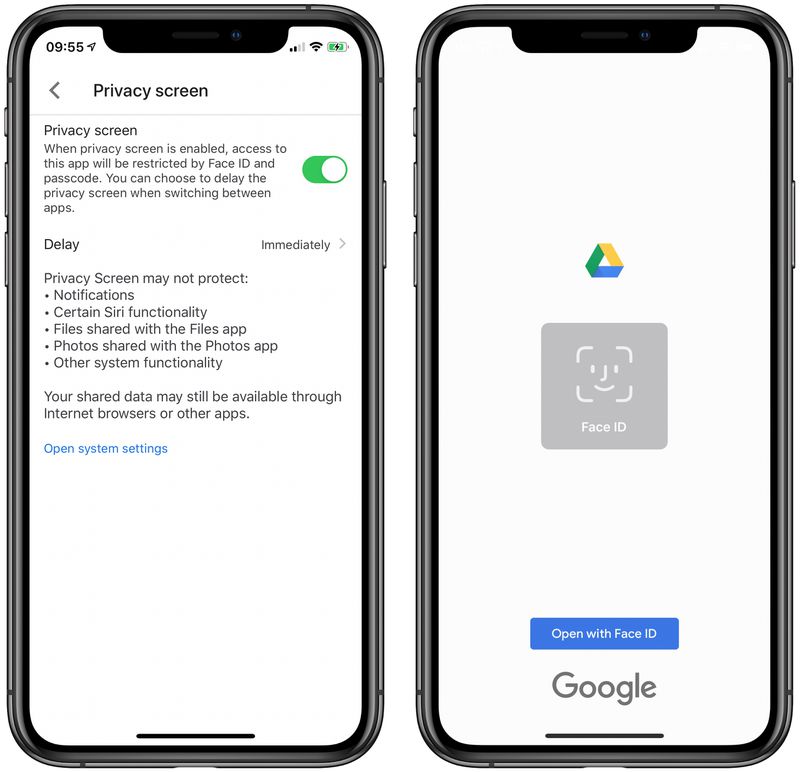 Similar features have been added to other third-party iOS apps containing particularly sensitive content, like password managers for instance. The idea is that even if you leave your device unlocked, anyone who tries to launch the Google Drive app still has to get past Face ID or Touch ID to gain access to your storage cloud-based files.

Google Drive includes options to activate Privacy Screen immediately whenever the app is opened or returned to upon switching to another app, or to delay the request for 10, seconds, one minute, or 10 minutes, depending on your threat model.

You can enable the feature in the app by tapping the hamburger icon in the top left corner of the screen and selecting Privacy Screen. Toggle the switch and the Delay options are revealed.

Google actually began talking about rolling out the feature back in April, but its implementation appears to have been delayed, and it’s only just appeared in the latest update’s release notes.

The Google Drive app for ‌iPhone‌ and ‌iPad‌ can be downloaded for free on the App Store. [Direct Link]