Bluetooth accessory maker Tile has written to the European Union accusing Apple of abuse of power and of illegally favoring its own products. 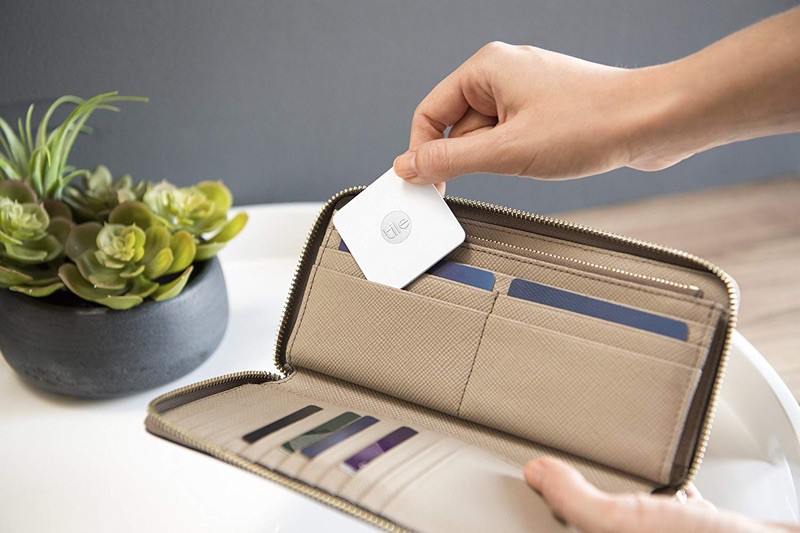 According to a report by Financial Times, in a letter sent on Tuesday to the European Commissioner for Competition, the accessory maker said that Apple is making it harder for users to use Tile products on iPhone because it has its own rival Find My app.

In a letter sent to European competition commissioner Margrethe Vestager on Tuesday, California-based tracking app maker Tile argued that Apple was making it more difficult for users to operate its product on their smartphones compared to Apple’s own rival application, FindMy, by selectively disabling features that allow for seamless user experience.

Tile asked the EU to investigate Apple’s business practices, echoing previous calls by the accessory maker in the United States. Specifically, Tile complains about changes Apple made to location services in iOS 13, which encourage customers not to use always-on location tracking. In addition, Tile said changing these options involves navigating between “complex settings not easy to find.”

The report notes that Apple is also rumored to be launching its own AirTags item tracking tags soon. MacRumors uncovered evidence of AirTags within iOS 13 code last year. The tags will be closely integrated with the new ‌Find My‌ app, which will be getting an “Items” tab. Users will receive a notification when they are separated from a tagged item, and if necessary, they can set an AirTag to start making sounds to help locate the lost item.

In the letter, Tile goes on to claim that its product is being denied “equal placement” on the App Store and that Apple has terminated its agreement to sell Tile products in its retail stores, perhaps with one eye on launch of ‌AirTags‌.

Apple responded to the letter with the following statement:

“We strenuously deny the allegations of uncompetitive behavior that Tile is waging against us. Consistent with the critical path we’ve been on for over a decade, last year we introduced further privacy protections that safeguard user location data. Tile doesn’t like those decisions so instead of arguing the issue on its merits, they’ve instead decided to launch meritless attacks.”

The EU has said it intends to reply to Tile’s letter and will launch preliminary investigations following the allegations.

Ireland’s Data Protection Commissioner (DPC) is “in contact” with Apple after a former Apple contractor asked the DPC to investigate Apple’s practice of allowing employees to listen to Siri recordings, reports Reuters. 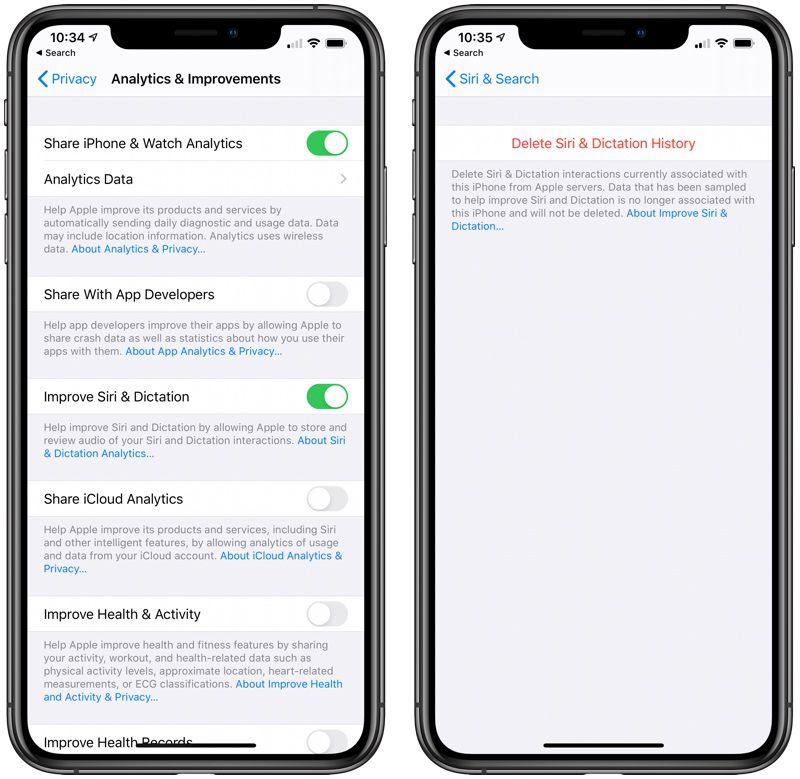 The contractor, Thomas Le Bonniec, requested the assistance of the DPC in May and called for greater protection under the EU’s privacy laws.

DPC Deputy Commissioner Graham Doyle said that the DPC “engaged with Apple” when the ‌Siri‌ issue first arose last year, and Apple “made some changes,” but now the DPC has additional questions.

“However, we have followed up again with Apple following the release of this public statement and await responses,” he said, in reference to the letter. “In addition, it should be noted that the European Data Protection Board is working on the production of guidance in the area of voice assistant technologies.”

Last July, contractors working on ‌Siri‌ quality control told The Guardian that they were listening to Siri audio recordings for Apple and regularly heard sensitive information that Apple device owners might not want shared, even with the data anonymized.

Apple came under fire for concealing the quality control practice and not making it clear to customers that some ‌Siri‌ recordings are listened to by employees for quality control purposes.

Apple in August 2019 ultimately suspended its Siri quality control program to overhaul how it works. Later in August, Apple ended all transcription and voice grading work done through contracting companies.

Along with further scrutiny from Irish regulators, Apple is facing a class-action lawsuit for allowing contractors to listen to and grade the anonymized ‌Siri‌ conversations for quality control purposes.

Following a conference call with Apple CEO Tim Cook, EU industry leader Thierry Breton has said in a statement that Apple has a “responsibility” to make sure that contact tracing apps work on its iPhones, reports Reuters. 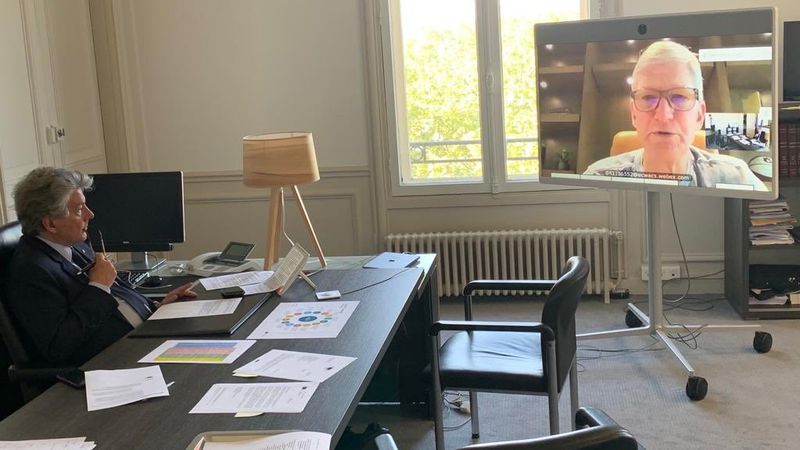 It is “the responsibility of companies such as Apple to do their utmost to develop suitable technical solutions to make the national apps work. Coordination with EU member states’ health authorities is paramount,” Breton said in a statement.

The two did not talk about any specific case, an EU official said.

The comments follow a spat between Apple and the French government, which has demanded that the company change the privacy settings of its iPhones to make them work with France’s planned contact tracing app.

iOS prevents apps like the one France is working on from using Bluetooth in the background if the data collected is going to be moved off of the device, which is a rule designed to protect user privacy. With this limitation, a contact tracing app is only able to access Bluetooth when an iPhone is unlocked and the app is open.

France is aiming to launch a contact tracing app by May 11, but it has complained that Apple’s restriction is standing in the way. However, Apple is developing its own Bluetooth-based smartphone tracking solution to allow governments and health agencies to reduce the spread of the coronavirus while also protecting user privacy.

iGeneration reports that Cook gave Breton a release date for its contact tracing API during their call. In a press conference following the talks, Breton revealed that Cook told him the first version of the API will be available on April 28.

Apple’s original statement about the API on April 10 said it would be released in May, and would enable interoperability between Android and iOS devices using apps from public health authorities.

In the coming months, Google and Apple will work to enable a broader Bluetooth-based contact tracing platform by building this functionality into their underlying platforms. Apple says that this solution is more robust than an API and will allow more individuals to participate, if they choose to opt in, and it will enable interaction with a broader ecosystem of apps and government health authorities. 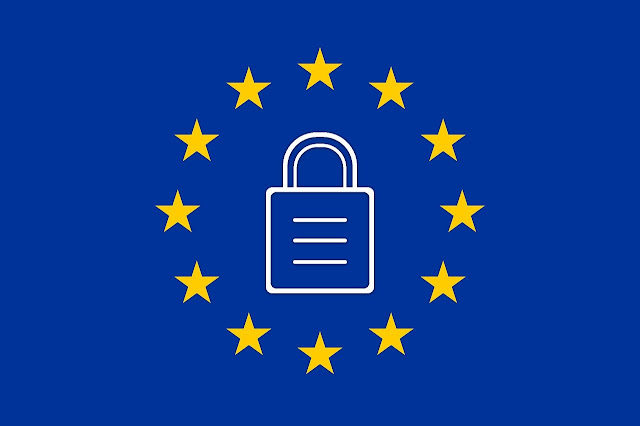 Lithuania, the Netherlands, Poland, Romania, Croatia, and Estonia signed a Memorandum on the establishment of a European Union Cyber Rapid Response Team (CRRT). In the event of a cyber attack on any of the countries participating in the agreement, CRRT specialists should be ready to immediately repel the attack. Lithuania played a special role in creating this structure. Experts note that the EU has a really difficult situation with ensuring cybersecurity since not all States have the resources to repel hacker attacks. However, analysts doubt the effectiveness of CRRT.

Lithuanian Minister of Defense Raimundas Karoblis noted that this is a completely new international cyber potential, initiated and led by Lithuania and that each country faces cybersecurity problems.
According to the cybersecurity specialist, Andrei Masalovich, now the problem of protection against cyberthreats is facing not only the poor countries of the Baltic States but even the United States.

President of the Russian Association for Baltic Studies Nikolai Mezhevich believes that the attempts of the Lithuanian leadership to take a leading role in the organization of a pan-European cyber defense are largely dictated by the desire to improve the image of Lithuania.

In addition, according to Andrei Masalovich, the Lithuanian authorities also want to “show their importance” against the background of Estonia.

As for the possible source of the threat, all countries in the CRRT blamed Moscow for cyber attacks. For example, in 2018, the Netherlands accused Russian hackers of attacking the headquarters of the Organization for the Prohibition of Chemical Weapons. In the Baltic States, Russia is regularly suspected of cyberattacks.

Moscow, in turn, calls for the creation of “confidence-building measures in cyberspace” at the global level. This was stated last year by the special representative of the President of the Russian Federation for information security, Ambassador of the Ministry of Foreign Affairs on Special Assignments Andrei Krutskikh.