Fudge, a leaker who goes by @choco_bit on Twitter, often shares details on upcoming Apple products. With Apple’s Arm-based Macs that use custom-made chips on the horizon, Fudge today shared some of his thoughts on how, why, and when Apple will roll out Arm-based Macs, including some speculation on how apps, Boot Camp, and other features might be impacted. 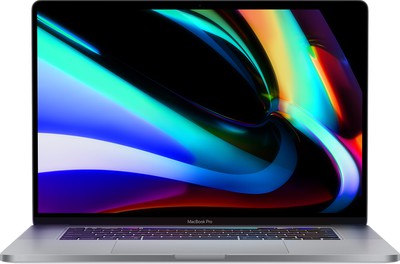 Apple has been following a multi-step approach to the rollout of Arm-based Macs, which began in 2016 with the inclusion of the T1 coprocessor in the MacBook Pro, which was later updated to the T2 coprocessor. These chips, which are Arm-based and Apple-designed, manage important security and controller functions and have served as important steps in the transition to a machine fully powered by Arm chips.

Unification between iOS and macOS is also something that Apple has been working towards with its Mac Catalyst project. Apple isn’t merging iOS and macOS, but it is aiming for a system that will allow developers to create a single app that will work on all platforms, and its own custom Arm-based chips will further facilitate that goal.

Fudge outlines how Apple used the T1 and T2 chips and its software unification initiatives to prepare for a Mac with an Apple-designed processor, but perhaps the most interesting part of Fudge’s narrative is his speculation about Apple’s next step and what form it will take.

Based on tidbits from supply chain sources, Fudge believes that Apple could revive its now-discontinued MacBook, with a new 12-inch model unveiled as the first Mac with an Apple-designed Arm-based chip. Though hard to believe, he suggests that Apple could even perhaps revive the butterfly keyboard for the machine.

There are rumors that Apple is still working internally to perfect the infamous Butterfly keyboard, and there are also signs that Apple is developing an A14x based processors with 8-12 cores designed specifically for use as the primary processor in a Mac. It makes sense that this model could see the return of the Butterfly keyboard, considering how thin and light it is intended to be, and using an A14x processor would make it will be a very capable, very portable machine, and should give customers a good taste of what is to come.

The 12-inch MacBook could look the same as the retired version, and Fudge says it’s unclear if there will be design changes. There could be 5G connectivity though, and we have heard rumors about Apple bringing cellular connectivity to Macs in some form.

Rumors have suggested that Apple’s eventual goal is to use its Arm-based custom-designed chips in its entire Mac lineup. Bloomberg has said that Apple is currently developing at least three Mac processors that are based on the 5-nanometer A14 chip that will be used in the upcoming iPhone 12 models.

At least one of the three processors is said to be much faster than the A-series chips in iPhones and iPads, and the first Mac processors will have 12 cores, including eight high-performance cores and at least four energy-efficient cores. Apple is also working on a second generation of Mac processors based on the future 3-nanometer A15 chip.

Moving away from Intel chips has many benefits for Apple, including being untethered from Intel’s unreliable release schedule. With its custom-designed chips, Apple can update Macs on its own internal timeline, and, as Fudge points out, with greater technology enhancements than Intel has been able to make.

Arm-based chips will offer many advantages over Intel-based Macs, in addition to allowing Apple to cut ties with Intel. The chips are expected to feature faster performance and reduced power consumption for better battery efficiency, and Bloomberg says internal testing has shown significant gains in graphics performance and apps using artificial intelligence.

Apple’s transition away from Intel’s chips won’t be without difficulties. There’s been a lot of talk about app support and potential issues. Mac App Store apps will run without changes, but apps outside of the App Store could be problematic. Fudge outlines multiple ways that Apple could handle apps when transitioning to custom chips:

– Move to apps being distributed in an architecture-independent manner, as they are on the ‌App Store‌. There is some software changes that are suggestive of this, such as the new architecture in dyld3.

– An x86_64 instruction decoder in silicon – very unlikely due to the significant overhead this would create in the silicon design, and potential licensing issues. (‌ARM‌, being a RISC, “reduced instruction set”, has very few instructions; x86_64 has thousands)

– Outright emulation, similar to the approach that was taken in ‌ARM‌ releases of Windows, but received extremely poorly (limited to 32-bit apps, and very very slow)There could be other solutions in the works to fix this but I am not aware of any. This is just me speculating about some of the possibilities.

When it comes to Boot Camp, Fudge believes that because of performance issues and difficulties emulating x86_64 on Arm-based machines, Apple could abandon the functionality entirely until Windows becomes more friendly to the new architecture.

It may take some time for Apple to bring its custom chips to the full Mac lineup, but we could get a hint at what it’s working on behind the scenes as soon as WWDC. Bloomberg recently said that Apple plans to announce its upcoming transition to Arm-based Macs with custom-designed chips at WWDC 2020, and that the first Arm-based Mac will be released in 2021.

As we wait for Apple’s WWDC event on June 22 with the possible Arm-based Mac announcement, Fudge’s full piece exploring Apple’s work on custom chips and its potential future plans is worth checking out, and can be read over on Reddit.

The next-generation iPhone 12 lineup coming in fall 2020 isn’t out yet, but Fudge (@choco_bit), a leaker who sometimes shares information on upcoming Apple devices, today offered up details on what Apple has in store for the 2021 iPhone 13’s camera setup. 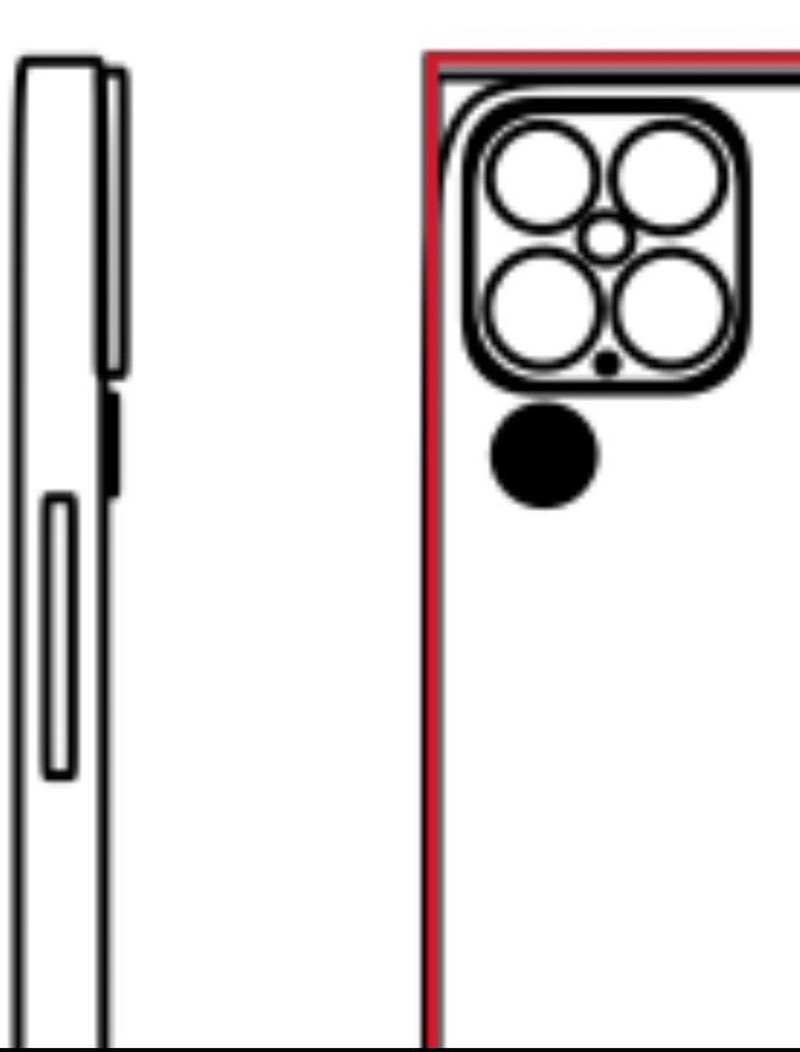 A simple design drawing depicts a device with a four camera array, which Fudge claims will have the following features:

The leaker says that the information should be taken with a “Huuuuugggeeeee amount of 🧂,” suggesting the source of the rumor is questionable or it’s so early that the camera setup could change. Apple makes plans for iPhones well ahead of when a new device is released, but plans change and are tweaked and there’s quite a ways to go before the ‌iPhone‌ 13’s final design needs to be nailed down.

The rumored ‌iPhone‌ 13 camera is wildly different from what’s in the iPhone 11, and while Apple does make major camera improvements each year, the company has thus far shied away from super high megapixel cameras in its iPhones.

There have been some rumors indicating the ‌iPhone 12‌ models coming in 2020 could get a 64-megapixel wide-angle camera along with a telephoto lens that supports 3x optical zoom (up from 2x), but we’ve heard surprisingly little about the camera technology.

Most rumors have focused on the inclusion of 3D camera technology in the ‌iPhone 12‌, which is expected to be similar to the LiDAR Scanner feature that Apple introduced in 2020 iPad Pro models.

Apple will use a Lightning port instead of USB-C in the upcoming “iPhone 12,” but it will be the last of Apple’s flagship phones to do so, with models set to combine wireless charging and a port-less Smart Connector system for data transfer and syncing from 2021.

Fudge claims that Apple has tested iPhone prototypes with USB-C ports, but that these models “won’t be making it to production.” Instead, Apple will stick with Lightning for one more year before replacing the port with a ‌Smart Connector‌.

Claims of port-less future iPhones aren’t new. Apple designers are said to ultimately be aiming to remove most of the external ports and buttons on the ‌iPhone‌ for a clean, streamlined device with less points of potential hardware failure.

Indeed, if wireless charging technology improves in the interim, Apple could potentially get rid of wired charging all together – and rumors do indicate Apple will release an ‌iPhone‌ without a Lightning port in 2021.

According to Apple analyst Ming-Chi Kuo, the highest-end ‌iPhone‌ model coming in 2021 will offer a “completely wireless experience.” Charging would, presumably, be done all wirelessly through charging accessories, Qi-based or otherwise.

Apple introduced the ‌Smart Connector‌ with the 2015 iPad Pro and updated it for the 2018 redesign. It lies flush with the bezel and has three pins providing power, data, and grounding. It’s not impermeable though, which is something that Apple would need to work on to maintain its ‌iPhone‌ water resistance rating.

All of this could of course be irrelevant in the event that Apple surprises everyone and launches an ‌iPhone 12‌ this year with USB-C. Given the course of the ‌iPhone‌’s development up until now, that seems unlikely, but we won’t know for sure until September or October, when Apple is expected to launch its latest flagship lineup.

Rumors have suggested Apple will complete its transition to an all-OLED ‌iPhone‌ lineup in 2020 with one new 5.4-inch device, two 6.1-inch models, and one 6.7-inch handset. The 6.7-inch ‌‌iPhone‌‌ and one 6.1-inch model are thought to be higher-end OLED devices with triple-lens cameras, while the 5.4 and 6.1-inch models will be lower-end iPhones with dual-lens cameras and a more affordable price tag.