Joy all around for the social media fanatics who had gotten quite bored of WhatsApp being their only source of incessant chatting provisions. And to those as well who felt unsafe because of the recent spyware that hit the beloved social media chat application.

The word around is that a recently surfaced social media chat application could give strong competition to the Facebook-owned social meIn Tdia service.

The users were already quite disconcerted about the recent cyber threat that hit WhatsApp and were in desperate need of any substitute to satisfy their daily social cravings.

The celebrated application goes by the name of “Signal”. Its unique characteristic is its keen focus on the privacy of the users.

Per sources, Signal has planned out to move towards the big market and go “main-stream”, owing it to the substantial monetary support it received from WhatsApp’s co-founder.

The financial backing is to facilitate “Signal” in getting better features and attracting the attention of people who are sort of done with using WhatsApp and are in want of other options, for whatever reasons. 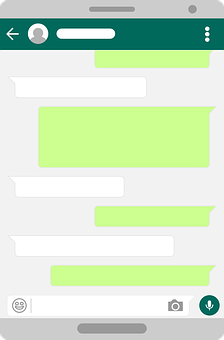 Reports mention that the launcher of ‘Signal’ had continually been working on getting everyone access to encrypted communications without much fuss.

Now it finally is time for Signal to enter the world it was originally created for in the first place. It is a revolutionized effort at forming a more secure cyber-space for the people.

With key agendas like privacy and cyber-security being the central constituents of Signal, the application is sure to win a lot of hearts.

In recent times WhatsApp has been all over the place because of the alleged cyber threats, like spyware, it has been leaving its users open to. Because of which people’s trust over it has been withering gradually.

Per valid sources, Signal is special because it is encrypted from end-to-end. Its servers do not store any sort of “conversation metadata” on them. This especially was quite a hefty task for the developers to work their way around. They also had to work on enabling “group administration” to let people add and remove members without the servers’ knowledge. But they did it.

Hence, at a time like this, Signal is a very welcome blessing for social media fanatics who have become so used to social applications that they can’t imagine their lives without them.